These Dark Chocolate Orange Cupcakes are so intense in flavors! Fluffy dark chocolate cupcakes frosted with tangy-sweet orange buttercream. They are easy to make and perfect for any occasion. By the way, have you tried my caramel vanilla cupcakes? 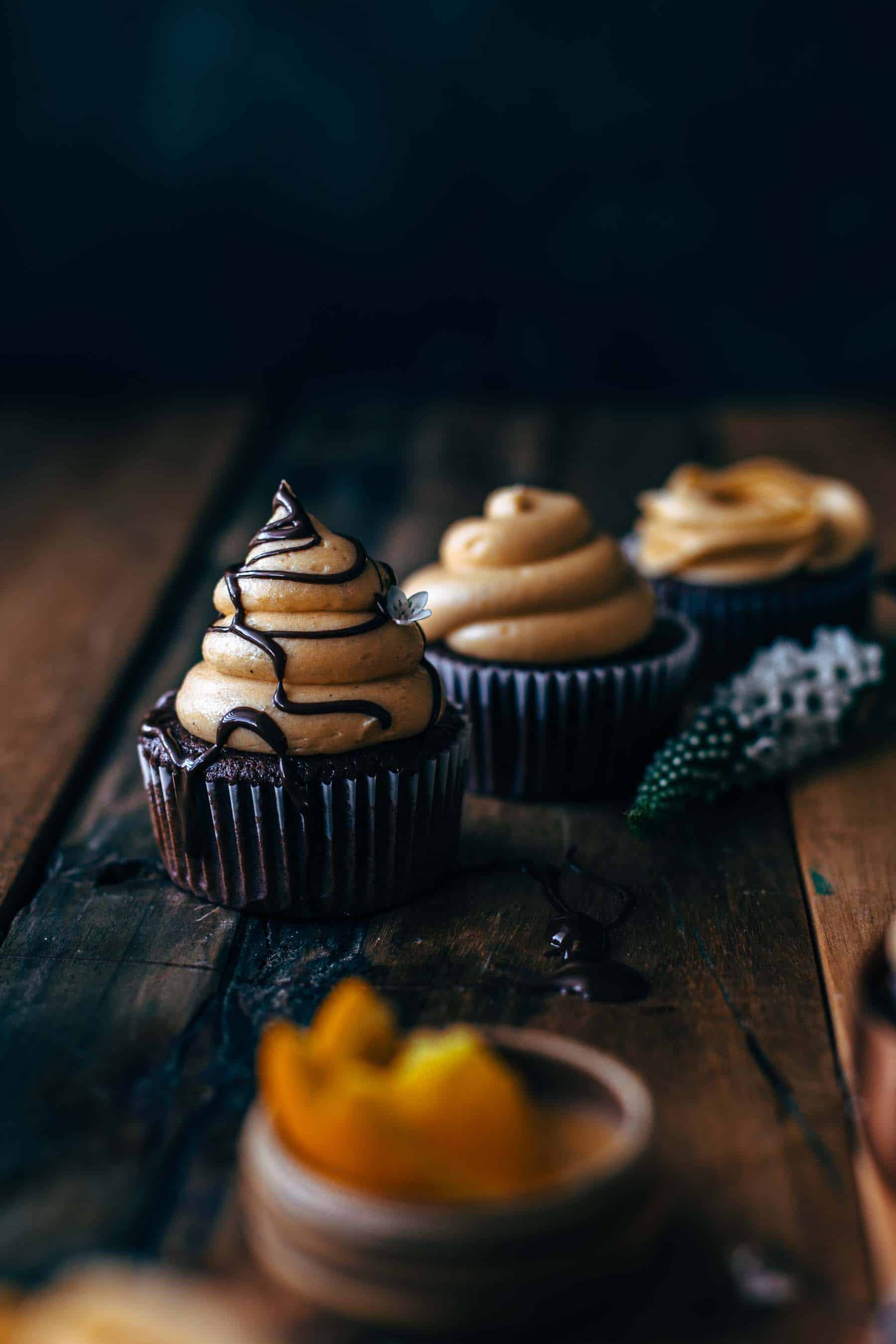 In a large mixing bowl, mix egg and sugar until super creamy. Then add oil and vanilla. Alternately add dry ingredients and buttermilk. Then fill the cupcakes into cupcake liners about ½ - ⅔ full. Do not overfill the liners or your cupcakes will spill over or sink.

Cupcakes need to be fluffy, right? And with cocoa powder, the texture of the dark chocolate cupcakes is lighter and fluffier than with that amount of melted dark chocolate that you would need for a deep chocolate taste. 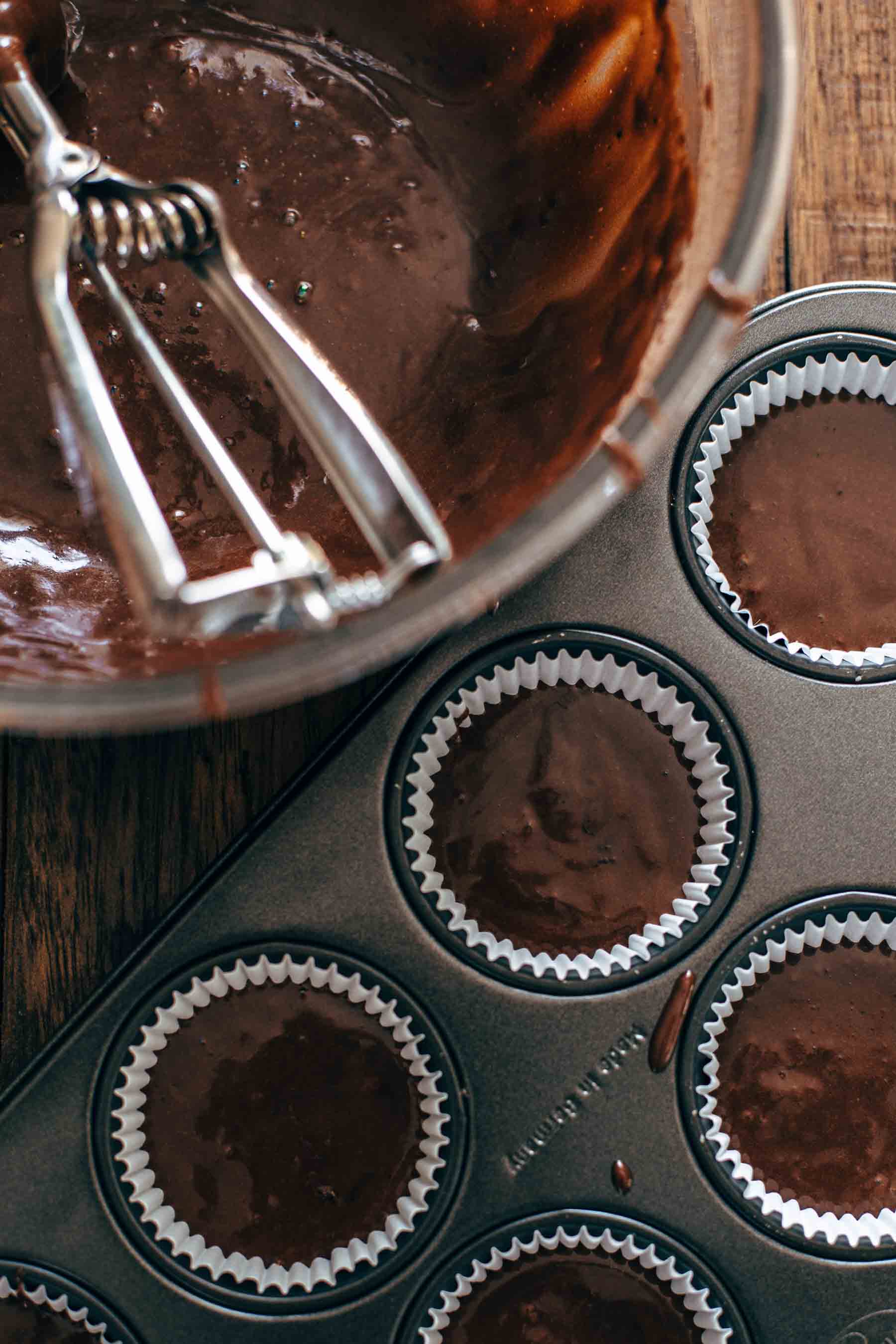 The texture of the orange syrup should be like honey or caramel syrup. If you accidentally overcook the syrup and it is too firm then add freshly squeezed orange juice and stir to combine. Add as much as needed to reach a honey-like consistency. 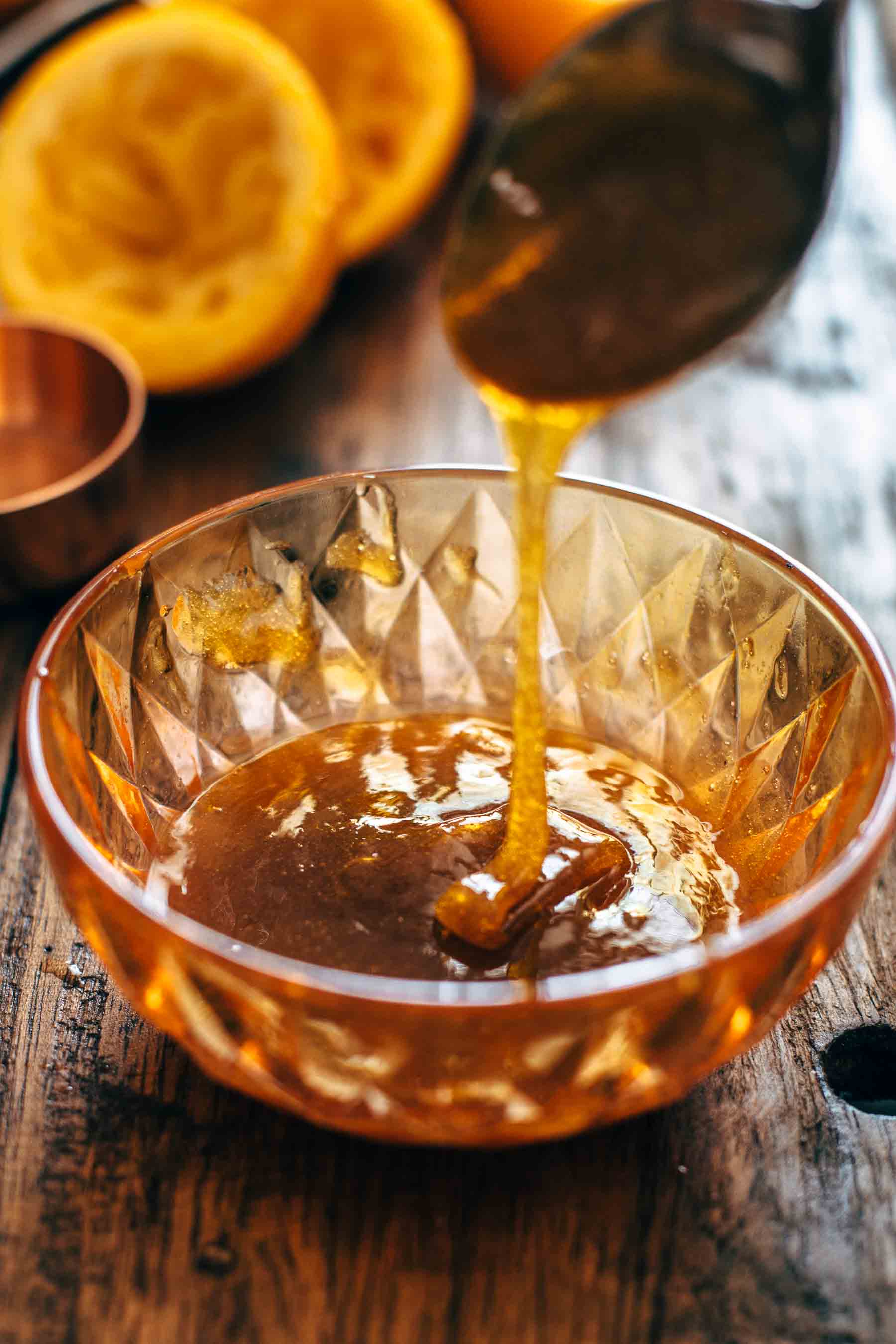 To get super fluffy and creamy buttercream, the butter needs to be room temperature and beat it until it is ultra creamy. Then sift in the powdered sugar, add vanilla, and the orange syrup. The buttercream will have a lovely but light orange color, an intensive tangy-sweet orange taste, and the texture will be beyond creamy. 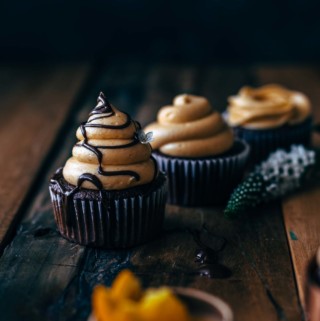 *First, cut off the straight end of the vanilla bean. Then place the tip of your knife below the curled end and cut the vanilla bean through the middle of the bean lengthwise with a sharp knife. Although you don't need to cut it all the way through, it's ok when you do so. Then open the vanilla bean and scrape out the flavorful seeds with the back of your knife. Just use the seeds. **The texture of the cooled orange syrup should be like honey or caramel syrup. If you accidentally overcook the syrup and it is too firm then add freshly squeezed orange juice little by little and stir to combine. Add as much as needed to reach a honey-like consistency.