I’m super excited to show you one of my top 5 favorite sweet treats today. Yes absolutely right, top 5!!! So you can expect that something rrrrreally delicious shows up on my blog today! Cinnamon Buns! OMG! I could die for it!

What’s under your top 5 sweet treats? I know it’s a hard decision to make, but I think every one of us has kind of special and most favorite sweets in our minds when sweet cravings are starting overwhelming us. Amiright??

I love everything about Cinnamon Buns. The smell, the look, the taste, the consistency. Everything! In my nearby shopping center, there is a Cinnabon shop. The smell which is coming out of the shop is so adorable. I mean, it’s everywhere, the whole area around the shop smells like cinnamon and sugar. It’s really hard for me to pass by and not to buy and eat a dozen of the big ones. These ooey gooey Cinnamon Buns topped with salty sweet Cream Cheese Frosting are over the top! You see I seriously have a thing for them. ♥

Save money and though eating the best Cinnamon Buns ever? And the whole house smells like cinnamon and sugar too? Hell ya!

The dough of this recipe is super soft, and throughout baking, the cinnamon-brown-sugar-butter-filling is bubbling in the center. It has a strong vanilla flavor because of the instant vanilla pudding mix used in the dough. Then I topped it with a sweet-salty Vanilla Cream Cheese Frosting. The combination of all these flavors is like a taste-buds-birthday. Your mouth is going to celebrate a big party.

This recipe is going to change your life at this point. There is no way back.

If you try this ooey gooey Cinnamon Buns recipe leave a comment, rate it and tag a photo #alsothecrumbsplease on Instagram! WANNA SEEEEEEEEEE!

My name is Sabine. I'm a passionate baker and photographer. You find here good food made from scratch. About me → 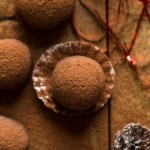 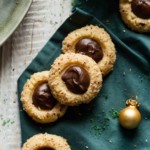 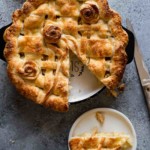 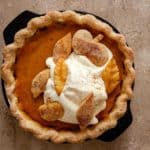