With this S’mores Cupcakes recipe, campfire feeling is guaranteed. Soft graham cracker cupcakes with a crunchy graham cracker crust, topped with delicious chocolate ganache, and fluffy marshmallow frosting. By the way, have you tried my brownie cupcakes? 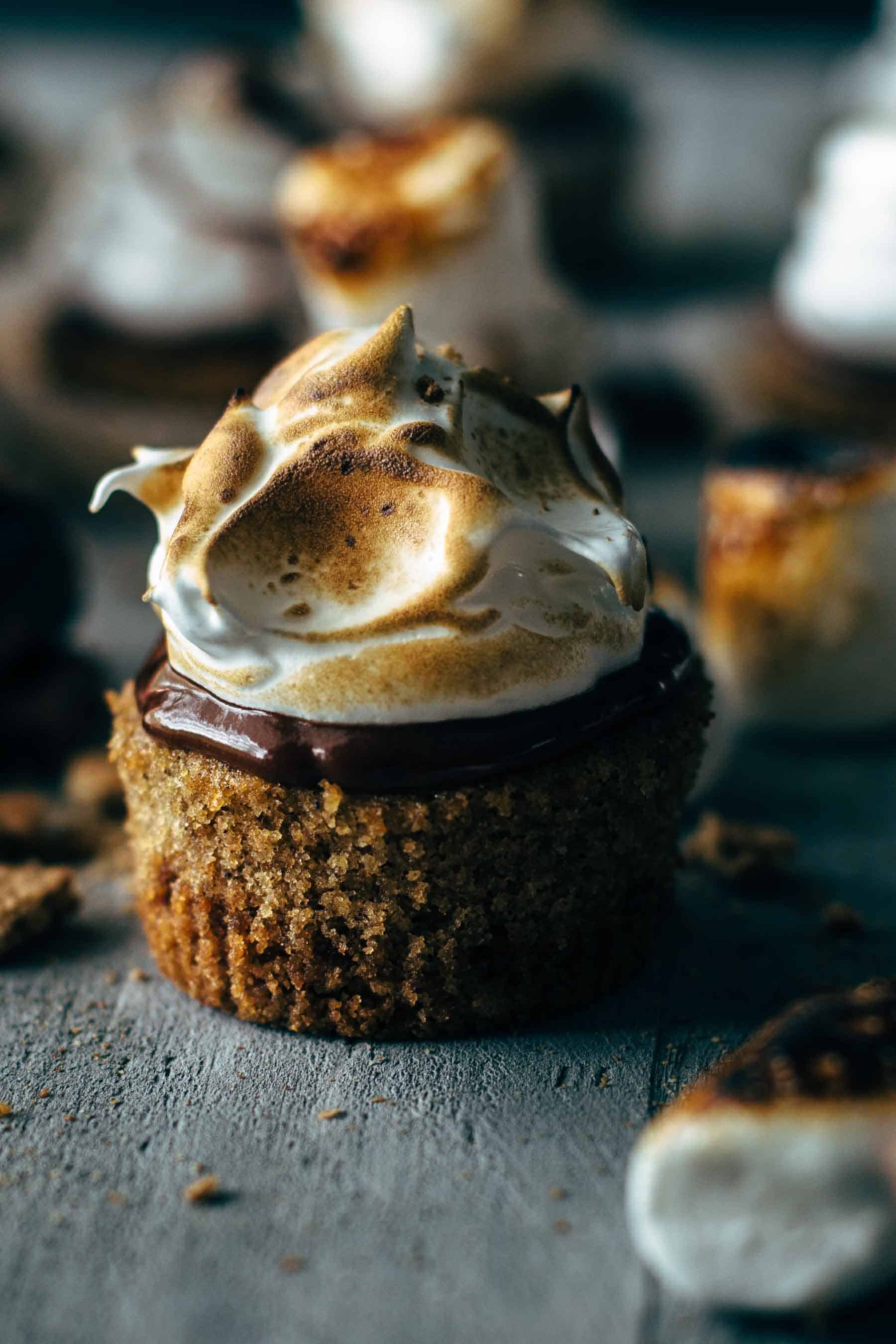 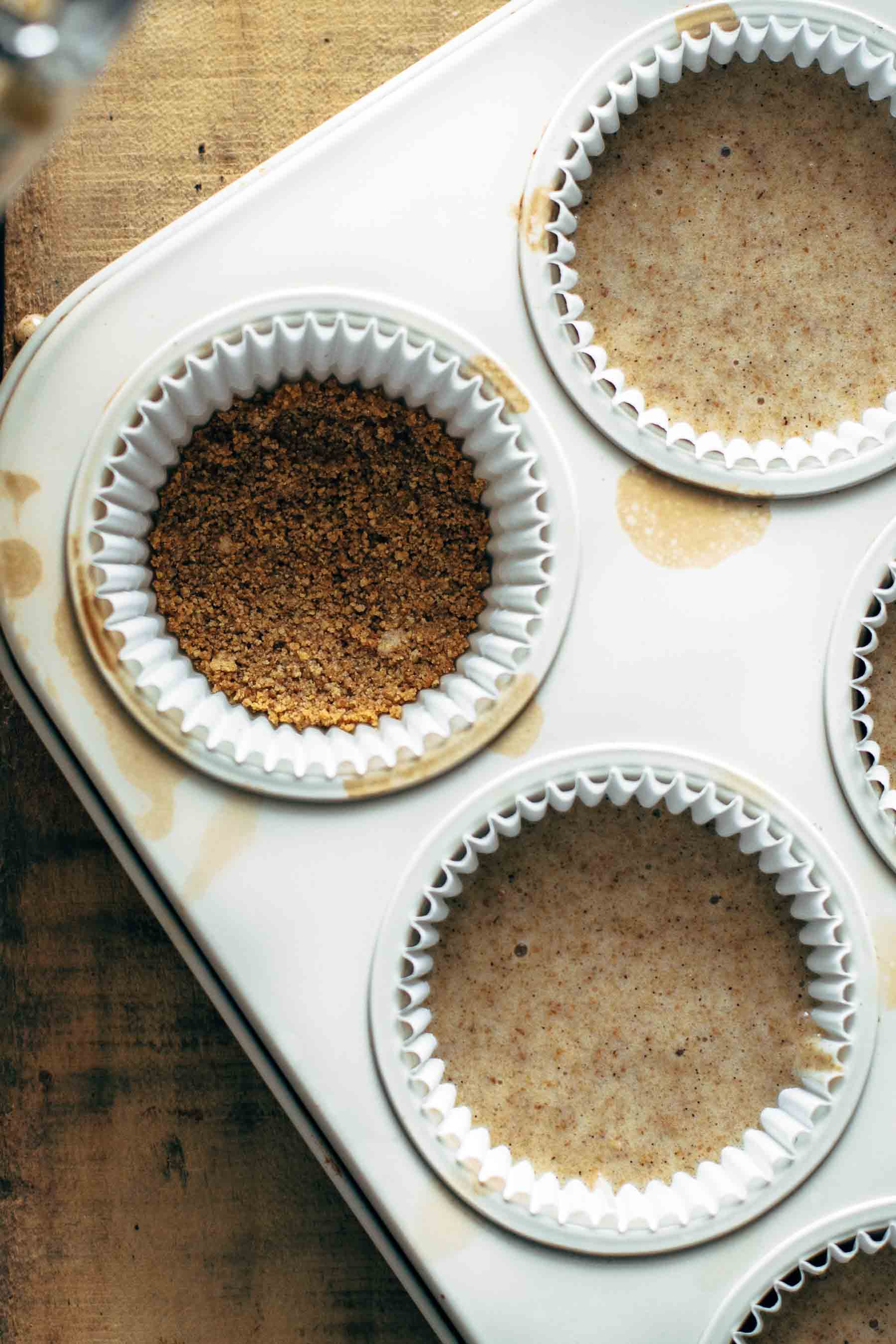 I recommend making the chocolate ganache in the beginning and let it stay until you start frosting the cupcakes. When it is too warm, it is too thin and would run down the cupcakes.

Go with the brand you love, but for me, nothing can compete with Hershey's milk chocolate bars. 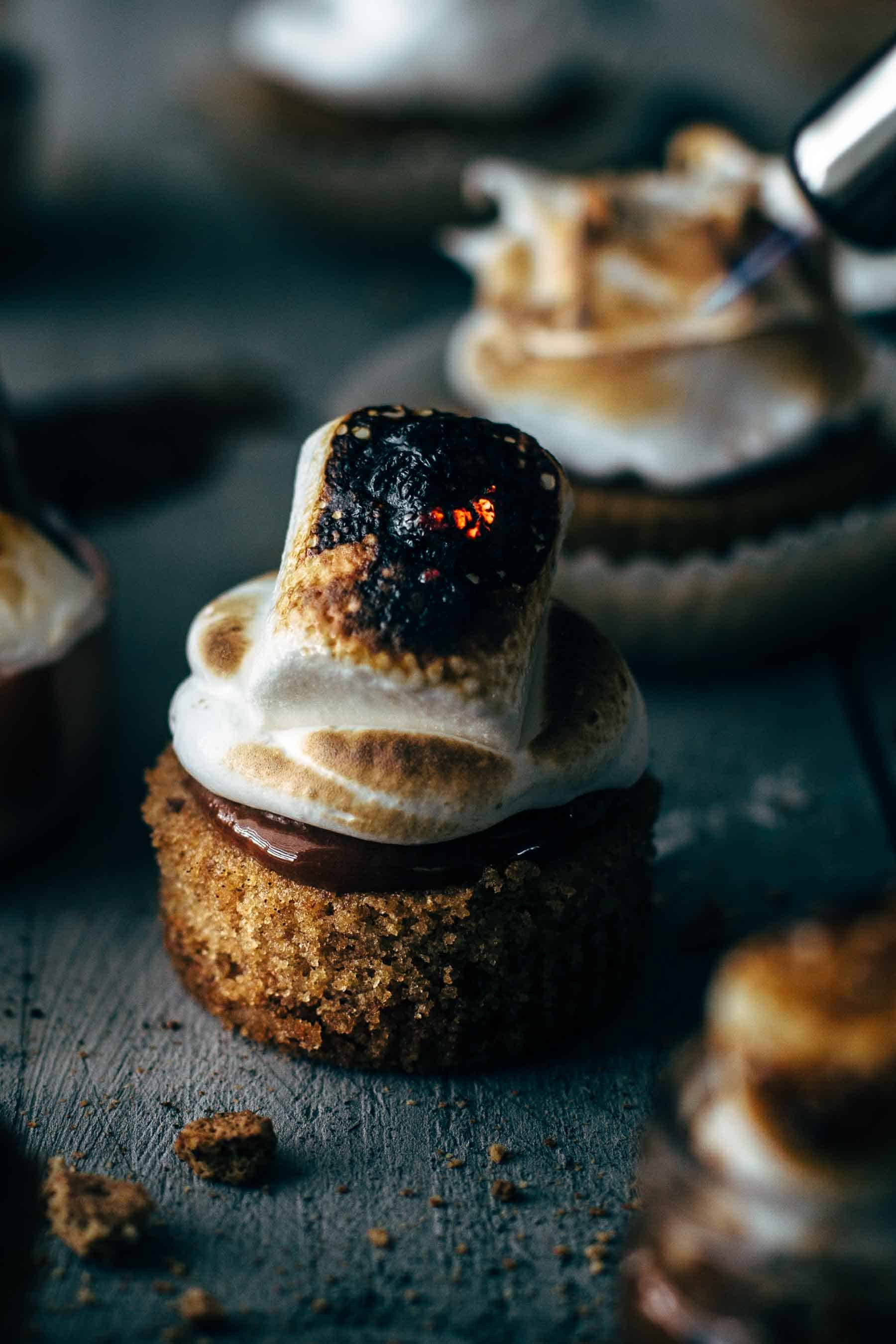 Using store-bought marshmallow fluff would be super delicious as well, but the consistency is not the best for frosting cupcakes. We all love marshmallow cream, and we all do know that it is super gooey. It wouldn't stay on top of your cupcakes. It would run down the sides. 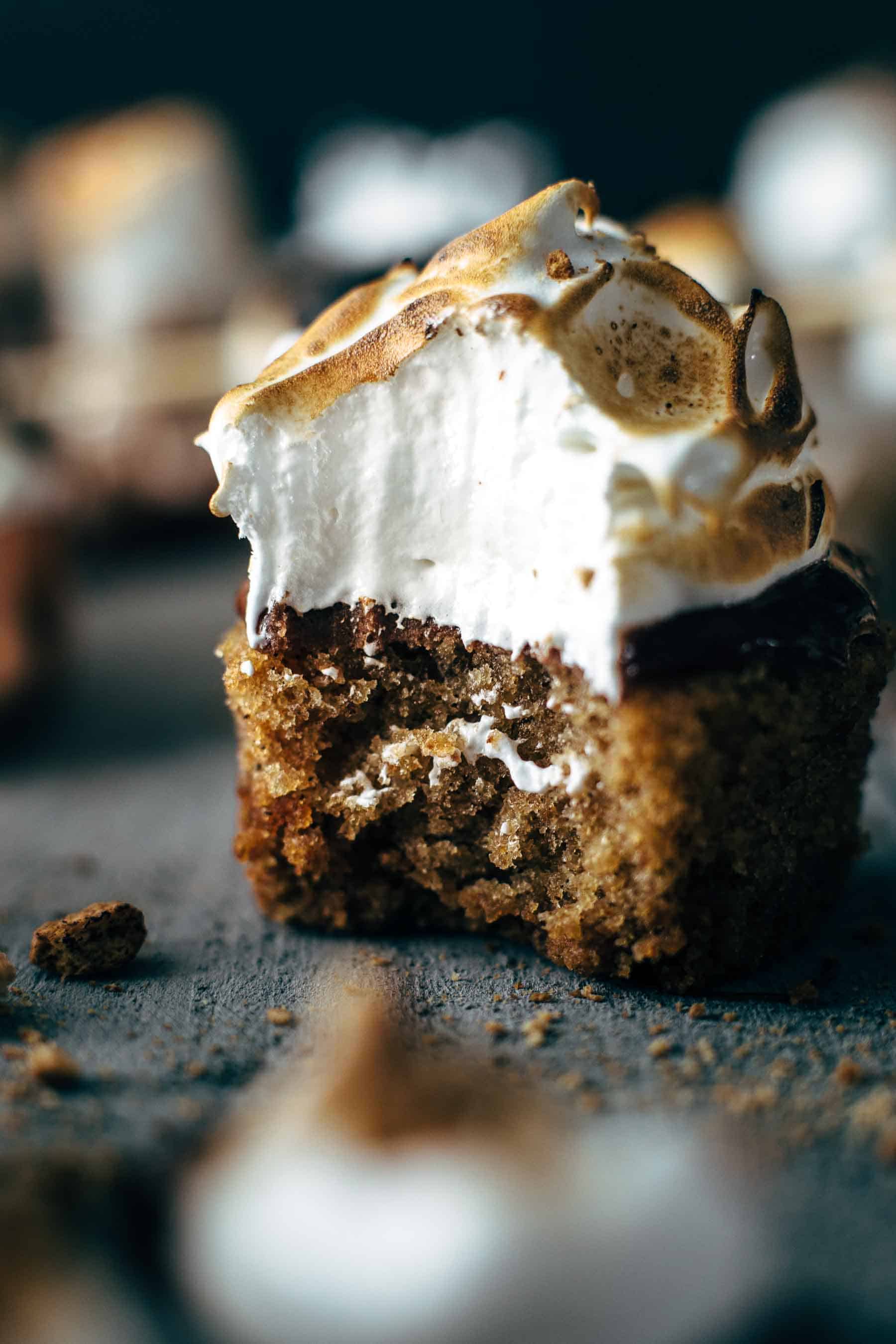 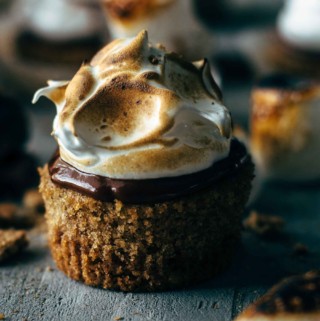